A pensive Salvatore Savarese leaned over the railing. Forty feet below the Star Breeze sat with 40 meters of Sicilian sunlight blazing through her hull. 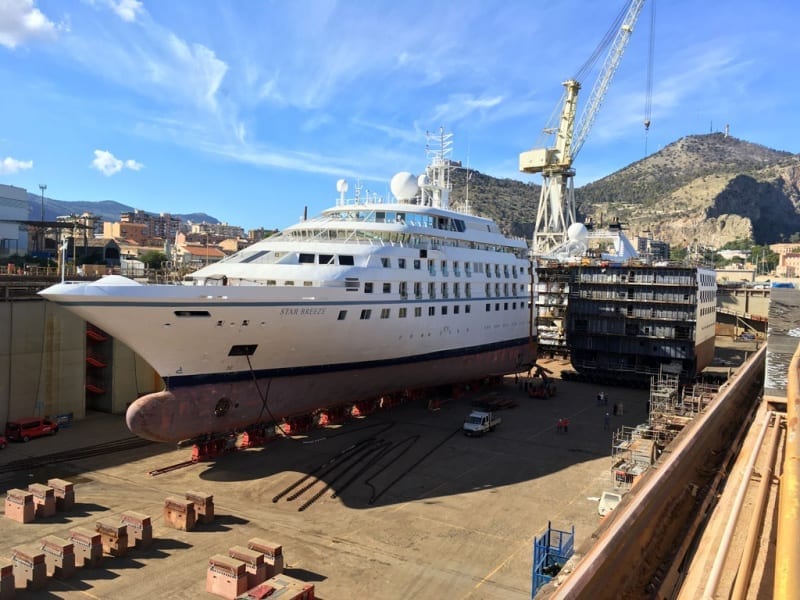 Overnight, Shipyard Director Savarese’s crews at Fincantieri Palermo had carefully split the ship, pulling the 4,000-ton bow forward centimetre by centimetre while a new 25.6-meter midsection waited on shiny black rollers at the far end of the 370-meter pit.

There had been a minor delay in moving the fore section as the load had to be balanced perfectly on 12 bright red skid plates, each outfitted with sensors that would stop the entire operation if ever-so-slightly off. Now, a single operator would use a joystick to move the midsection block forward, pivot it 90 degrees, and slide it into place. 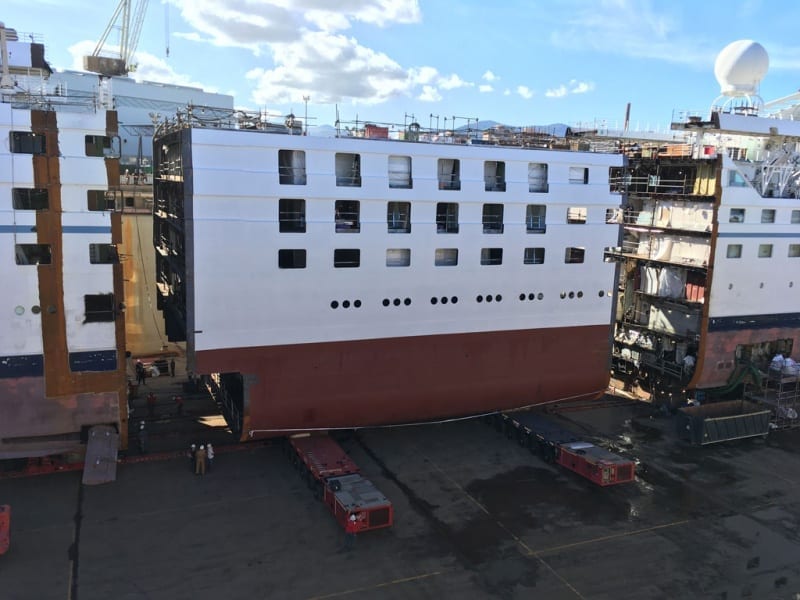 A low roar arose from below but nothing happened. Savarese’s white overalls and hardhat gleamed in the midday sun as his face broke into a broad smile.

“Look at the wheels,” he said. Sure enough, they were moving. “Very, very, very slow,” he said.

Half an hour later the new midsection was in place and Prosecco bottles were popping open.

The Windstar Cruises team was ecstatic.

John Gunner, who had come out of retirement to oversee the lengthening of the Star Breeze, Star Legend, and Star Pride, joyfully ribbed his Fincantieri counterparts: “Looks like it fits!”

Gunner and everyone from Windstar praised the yard. 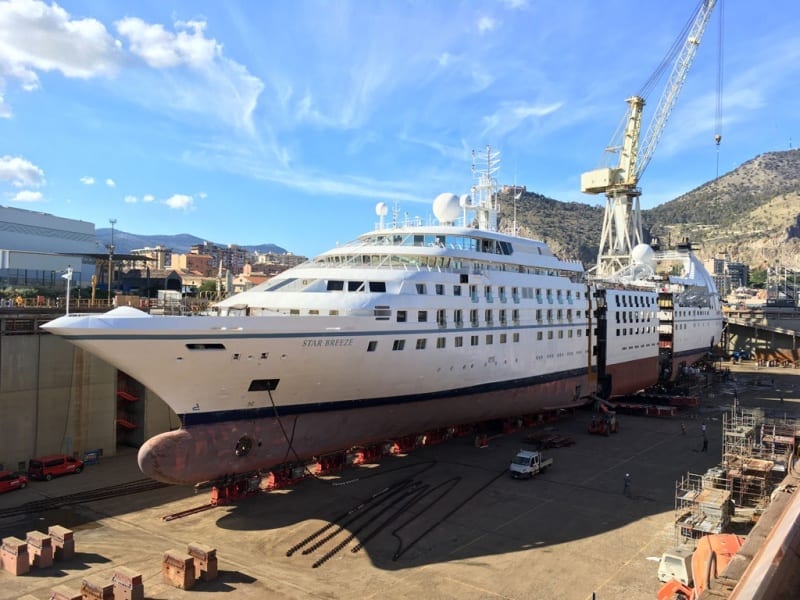 “Fincantieri, I can honestly say I don’t think we’d have done this with anybody else. It’s remarkable what they’re able to achieve. And I’ve known Fincantieri since 1991 when I first started with the newbuild group. So I know what they are capable of. And I know the people. So it was actually quite fun for me to get back in the saddle again.”